I was invited to join a group of awesome San Diego food bloggers this week for a pizza party at Bar Basic in the East Village, and it was fantastic! Despite their name, the bar is anything but Basic … the drinks were well-made and strong (hello, Classic Mule!) and all of their pizzas were simple but packed a great punch.

We started off with (cocktails) and the BASIC Salad: a simple but very delicious mix of greens, sliced pears, candied walnuts and gorgonzola, tossed in Basic’s house made vinaigrette.

I knew when I arrived that I had to try the “MASHED” pie – a white pizza with mozzarella, mashed potato and bacon. It sounds like carbs on top of carbs might not be a good idea, but it’s actually pretty small blobs of mashed potato alongside tangy cheese and smoky bacon, so it’s not as overwhelming as you might think. 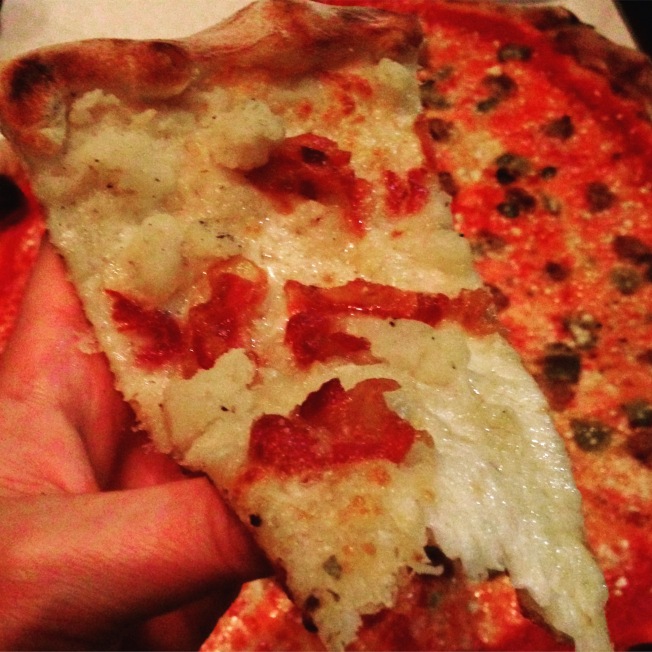 We got one pie that was half Mashed and half “4 MAGGIO” also a white with mozzarella, ricotta, parmesan, gorgonzola and basil. You guys know how I love cheese, so this was perfect – and the fresh basil on top was a perfect touch. 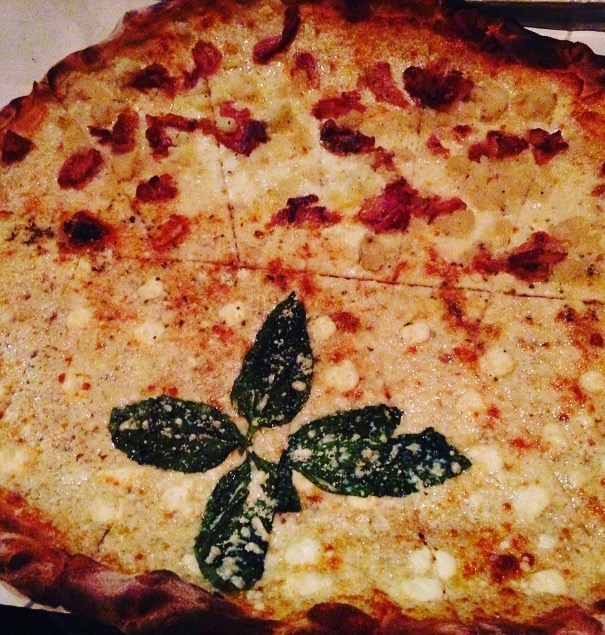 My second favorite pie of the evening was the “SO MEATY,” a red pie with bacon, pepperoni, sausage, ricotta cheese and fresh basil. It definitely had a lot of meat, but contrary to the name, the meat wasn’t overwhelming or too greasy (which I find often happens with meaty pizzas).